Meet and Play in Memphis 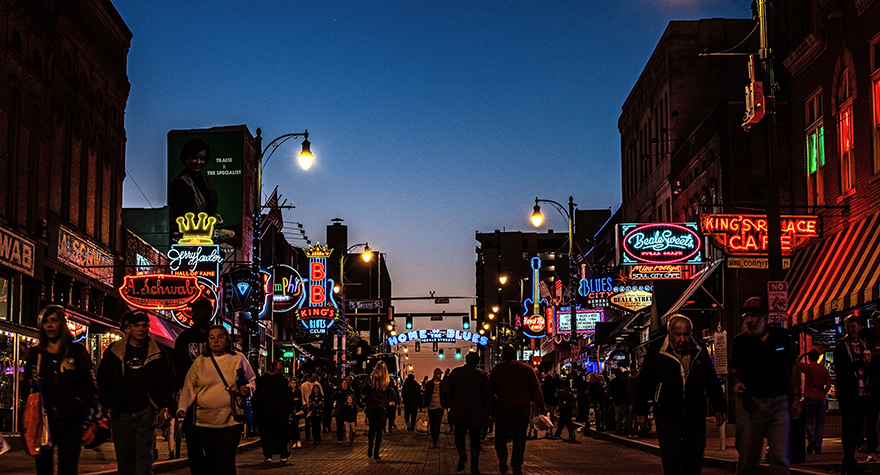 River city on the rise. 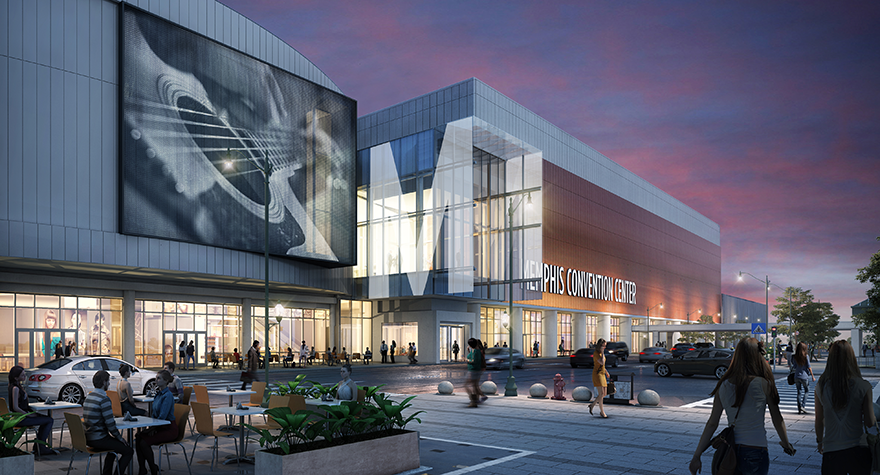 When the $200M modernization of the Memphis Convention Center debuts in fall 2020, a new plaza will open to Main Street and the trolley line. 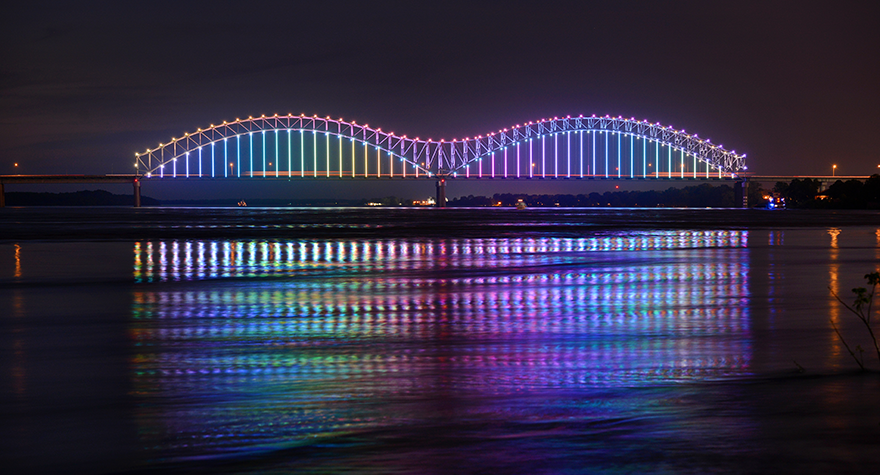 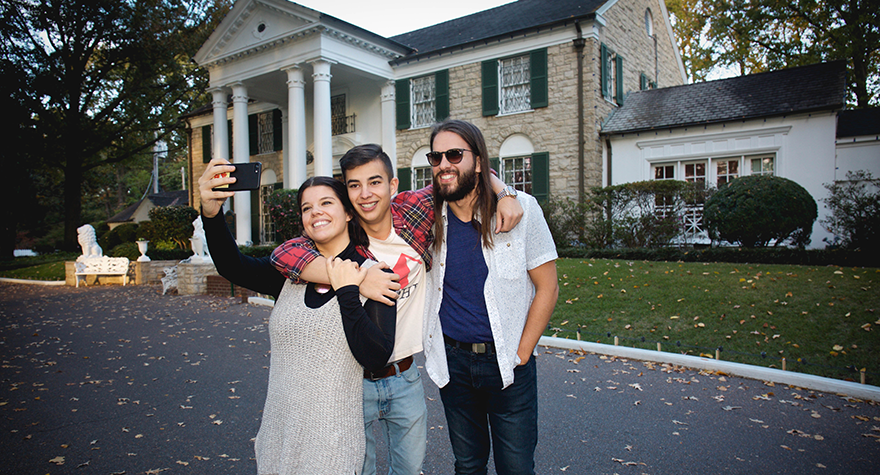 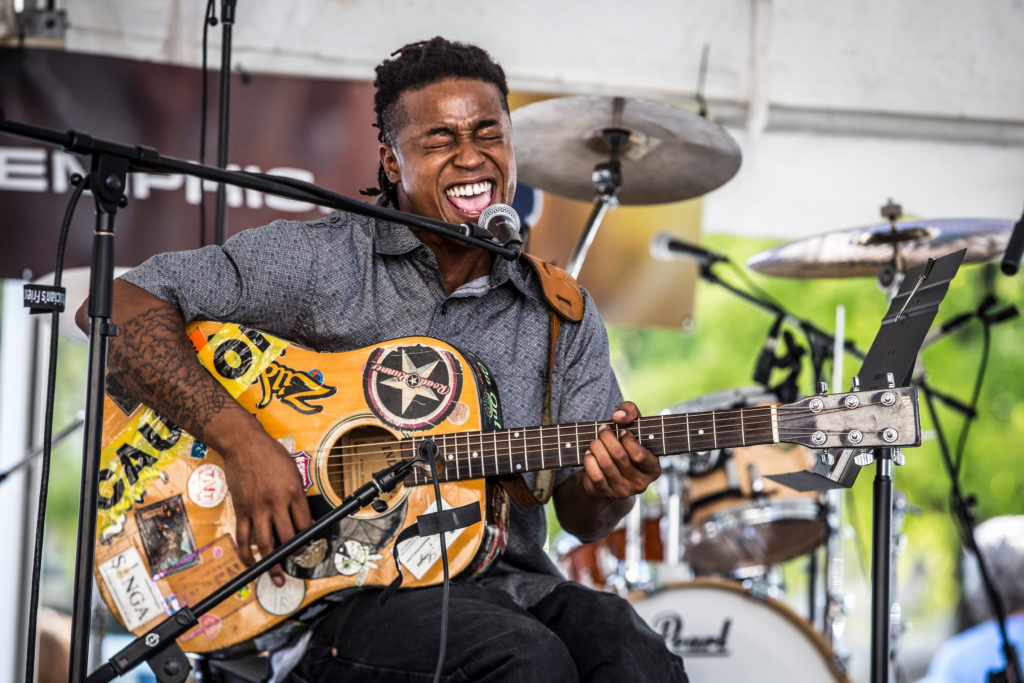 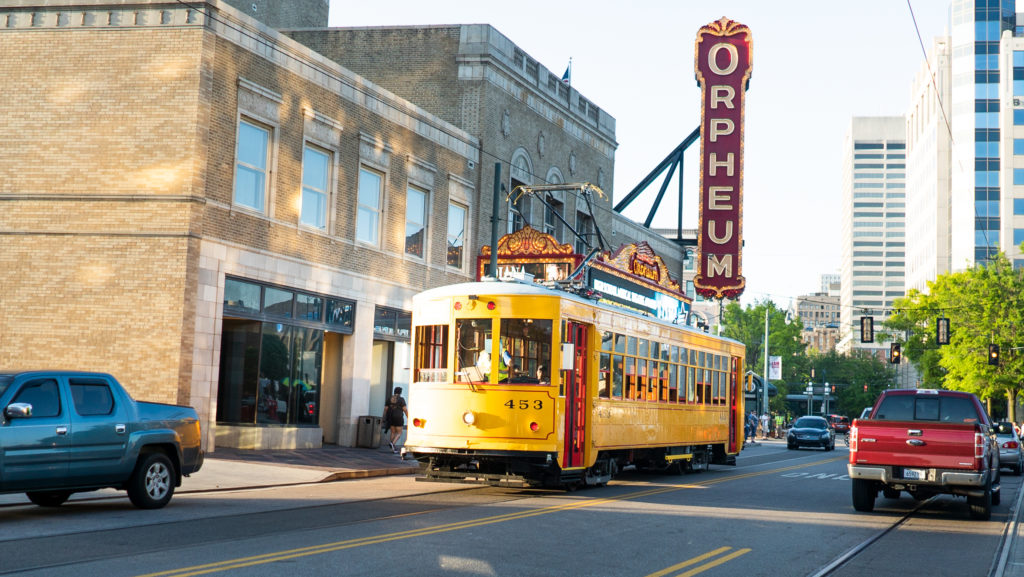 Step on a vintage trolley to sightsee and make your way through downtown Memphis. The trolleys provide another option for navigating Memphis’ walkable downtown.

Southern hospitality at its finest. 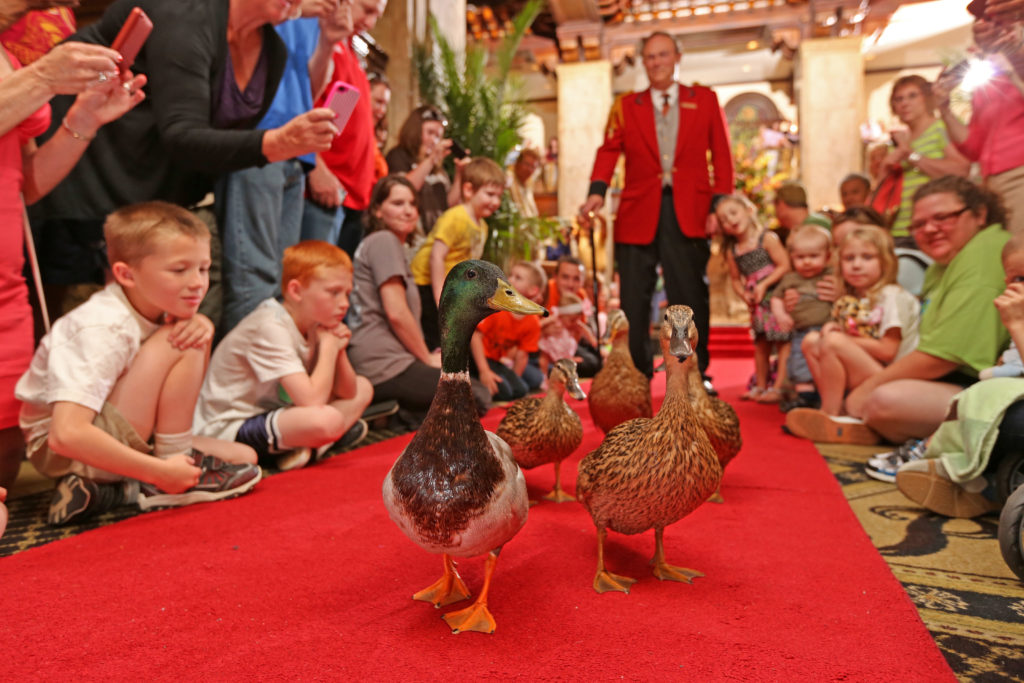 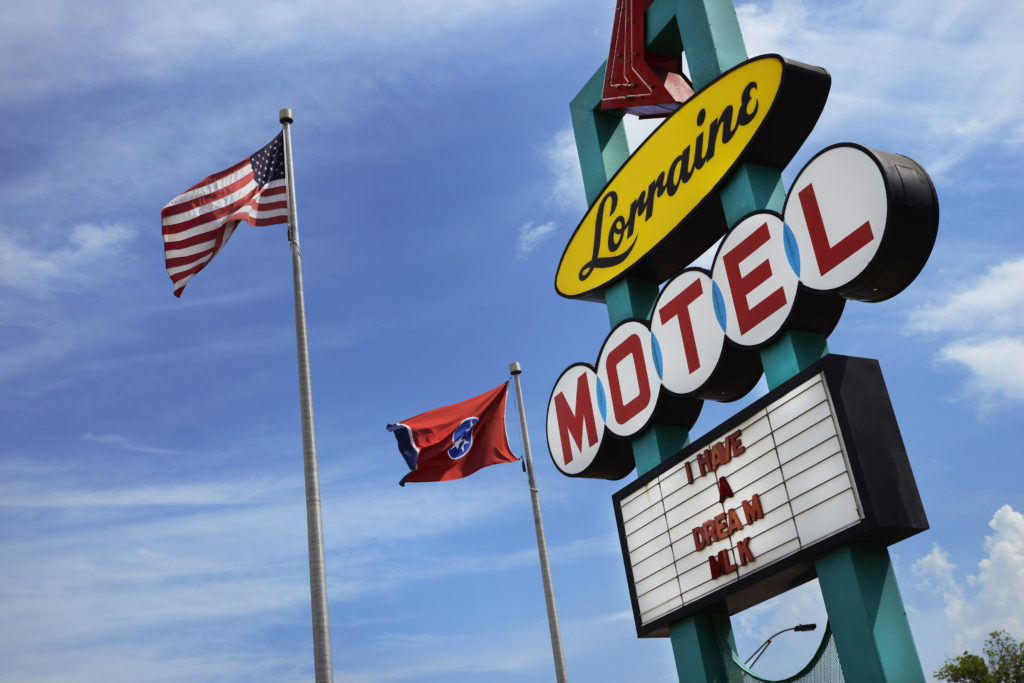 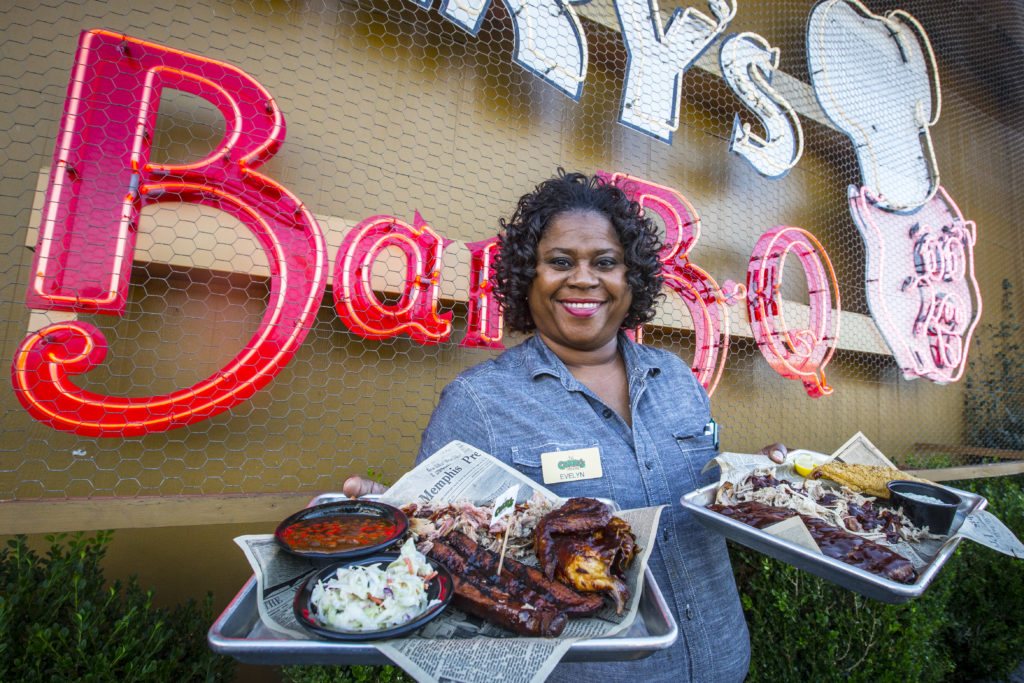 With more than 100 barbecue restaurants, each with its own specialty, Memphis invites you to try signatures from sandwiches piled high with pulled pork to dry-rub ribs to spicy-sweet barbecue nachos.

The sights, sounds and tastes of Memphis are new all over again. The 200-year-old city known for pit-smoked barbecue, pure, sweet water and as the birthplace of rock ‘n’ roll is leveraging its roots and reinventing its meeting cred. Starting with a meetings infrastructure renovation and expansion that will embrace the adjacent Mississippi River and flowing through the emergence of new musical and culinary styles, the city is reinventing itself—and visitors are singing its praises.

Jon Brown, manager of event operations with event production company Leo Events, has been in Memphis for five years and describes the city to people above the Mason-Dixon Line as a place where people genuinely care. “They want to know how your whole family is before they talk business and, no matter how the meeting went, they will go out for a drink together afterward,” he says.

Yes, the Bluff City has retained the walkable Southern charm and affordable price tag you may remember, but now it is more accessible than ever, with 100 flights a day into Memphis International Airport (MEM). And it is still less than an eight-hour drive from 85 percent of the country.

Memphis is all about music, says Kevin Kern, vice president of public relations with Memphis Travel. Almost all visitors want to experience the music scene. They don’t have to look far: From the corners of Beale Street and historic Graceland to Sun Studio and the Memphis Rock ‘n’ Soul Museum, music is the life blood of the city.

The fresh approach starts at Memphis Convention Center. “It feels like a whole new building,” Kern says of the $200 million renovation. When the doors fling open on its 300,000 sq. ft. in late 2020, the 1970s-era structure that turned its back on the river will be transformed, with a massive wall of glass to flood the prefunction space with light and
fill the ballroom with warmth and technological possibilities. The modern space will include a 118,000-square-foot, column-free exhibit hall, 46 breakout rooms and a glass jewel box of a boardroom with executive views of the Mississippi and downtown. This also promises to be the perfect location to view Mighty Lights, the nightly illuminated activation featuring two historic bridges over the Mississippi River.

“It is all about connectivity,” Kern says. The enhanced meetings infrastructure is connected to everything visitors love, including historic music destination Beale Street, via a trolley line from Main Street. For cyber-connectivity, there’s free Wi-Fi in the public areas. Even during construction of the convention center, downtown Memphis features lots of ways to gather. Next door to the convention center is Cannon Center for the Performing Arts, a 2,100-seat theater that is home to Memphis Symphony Orchestra, and popular for lectures and performances. AutoZone Park, which serves as the backdrop for the St. Louis Cardinals’ Triple-A Redbirds, can seat 10,000 exuberant guests. Also nearby, FedExForum, an 18,000-seat arena, roars with action from the NBA Memphis Grizzlies and serves as yet another music venue for superstars such as Elton John, Carrie Underwood and Bob Seger.

The convention center is an enclosed walkway from 600-room Sheraton Memphis Downtown, which has 16,020 sq. ft. of meeting space of its own. A total of 4,000 guest rooms await in the downtown core, with another 2,000 in the pipeline, including a second convention center hotel.

A 110-room homage to the grandson of Memphis statesman John Overton, Hugh “Hu” Brinkley, recently opened as Hu. Hotel (3,498 sq. ft. of meeting space). The newest hotel on the block, The Central Station Memphis, Curio Collection by Hilton, cut the ribbon on 123 guest rooms, 8,000 sq. ft. of meeting space and a funky collection of vinyl records that fuel a listening bar/lounge.

More change is in the air, literally and figuratively. Cranes recently took flight for the 227-room Hyatt Centric Beale Street. A Canopy by Hilton is on the way near AutoZone Park. Dream Memphis is scheduled to open in 2022 with 178 guest rooms in a historic Art Moderne-style building on Main Street.

Even Graceland, the iconic home of Elvis Presley, has expanded to better serve groups. After a $90 million update, the campus now shines with Presley Motors Automobile Museum (which features his famous pink Cadillac) and Elvis: The Entertainer Career Museum (with its 20,000-square-foot soundstage/event center). Across the street, The Guest House at Graceland is AAA Four Diamond-style, with 430 guest rooms, including 20 specialty suites and 25,600 sq. ft. of meeting, theater and prefunction space.

In the South Main Historic Arts District, the National Civil Rights Museum at the Lorraine Motel commemorates the site of Dr. Martin Luther King Jr.’s assassination and pays homage to his life and legacy. Groups can plan educational and charitable programming with the nonprofit organization.

Memphis is also home to St. Jude Children’s Research Hospital, which is making history by finding cures for childhood cancers and blood diseases. Groups can learn about the advances, tour the facility and support that work through fundraising and other CSR activities.

“Contrary to what friends in North Carolina might say, we have the best barbecue on both sides of the Mississippi,” says Kevin Kane, President/CEO of Memphis Travel. With 150 barbecue restaurants, the city has the sauce to back the swagger. “We barbecue everything—pizza, egg rolls, nachos—I know, I was skeptical at first, too, but now they are a go-to,” he says with a laugh. Popular joints include Charlie Vergos’ Rendezvous (enter through the side alley for this downtown classic featuring killer dry-rub spices), Central BBQ (slow-smoked meats) and Cozy Corner (try the beef brisket).

In addition to barbecue, the city is also birthplace to honey-gold wings and offers more than 100 wing restaurants. Kane describes the local tradition as “sweet, but often with a little kick.” Outside the wing variety, no trip to Memphis would be complete without a taste of Gus’s World Famous Fried Chicken—hot and spicy.

“While barbecue is king, the city is also home to a lot of chefs doing innovative things with the fruits of the Delta and West Tennessee,” Kane attests. James Beard Nominated chefs include Andy Ticer and Michael Hudman, owner-operators of Andrew Michael Italian Kitchen, Hog & Hominy and Catherine & Mary’s. Kane is a raving fan of the pair’s maw maw’s gravy, served in the modern space named after their grandmothers. “I would put that on anything,” he said.

For more retro Memphis, tuck your VIPs into the respectfully preserved back booth at the Arcade Restaurant, a classic diner that pays homage to The King’s beloved peanut butter and banana sandwiches. Try the equally famous sweet potato pancakes.

There is plenty of liquid innovation to wash down all that barbecue goodness. Old Dominick Distillery’s history predates Prohibition, and it’s been revived under the watchful eye of the first female head distiller in Tennessee, using recipes for Tennessee whiskey and gin dating back to the 1850s. Groups can tour The Lab and taste Domenico Canale’s famous spirits.

Kane says the secret to Memphis beverages is the natural aquifer water source. Locals call it the “sweetest water on earth,” and he swears it “tastes wonderful right out of the tap” and makes a difference in distilled drinks. But why not let your attendees decide that for themselves?