Planners arranging for meetings in the Big Easy customarily feel a sense of confidence, knowing that plenty of participants are likely to come and that they are almost certainly going to have a fabulous time.

This was true of both the Smart Meeting South Central National, held at Jung Hotel & Residences in November, and 2018 IAEE Expo! Expo!, which took place at Ernest N. Morial Convention Center in December. Both events were extremely successful, and besides providing great business experiences, they gave participants ample opportunities to immerse themselves in the delectable cuisine, infectious music and even colorful pageantry of the city.

It’s only fitting that the city’s airport, Louis Armstrong New Orleans International Airport (MSY), is named after a jazz legend. The name will remain, but starting May 15, the airport will have a new terminal. The $1.03 billion North Terminal will have 35 gates, with an option to expand to 42, and completely replace the existing airport terminal on Airline Highway.

Jung Hotel & Residences, a historic 1850s structure that formerly housed University of New Orleans Foundation, provided the lodging during both trips and hosted the Smart Meeting event. The luxury property opened in 2017 with 207 spacious guest rooms and more than 21,000 sq. ft. of meeting space, including 15 rooms and a 12,000-square-foot exhibit hall.

Las Vegas will be hosting the 2019 IAEE Expo! Expo!, so Las Vegas Convention and Visitors Authority made its presence felt throughout the 2018 convention, which included buying out Emeril’s Delmonico for an evening. Delmonico, an icon in the restaurant industry and a cornerstone of traditional Creole dining since 1895, was reopened by Emeril Lagasse in 1998 after an extensive renovation. The restaurant serves a modern style of Louisiana Creole cuisine.

Emeril’s private dining rooms seat up to 115 guests and complete restaurant buyouts can accommodate up to 215 seated and 300 for a reception.

New Orleans residents are already buzzing about Sazerac House, which will occupy a five-story, 1850s-era building in downtown New Orleans that has been vacant for more than three decades. When it opens in the spring, the 48,000-square-foot building will feature a cocktail museum and serve as corporate headquarters for The Sazerac Co., a New Orleans-based liquor dynasty.

Mardi Gras World, a large, warehouse-style building on the banks of the Mississippi River, can accommodate up to 20,000 people and is a fantasyland of floats and props that have been featured in carnivals. A one-hour studio tour takes participants to see master float-builders at work and have a peek into the technology that brings the floats to life.

Many meeting attendees like to spend off hours soaking in the music of New Orleans. One of the top areas for this is Frenchmen Street, and one of the leading venues on this street is Marigny Brasserie, featuring a Cajun/Creole menu with a local flair, handcrafted cocktails and live music.

Headed South? Here’s Where to Meet

Take a Dip in One of These #InstaWorthy Hotel Pools 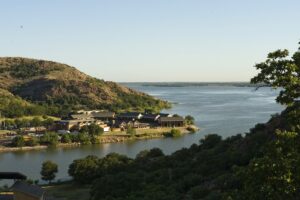